The Power of a Common Language: Tackling Dysfunctional Teams

Being able to build successful teams, is one of the most desirable traits of any effective leader. For organizations, successful teams are at the root of growth and accomplishment, and for employees are what inspires them to flourish and greatly perform in a stimulating environment. The truth, however, is that a multitude of problems can challenge that environment.

A handful of reasons are often at the top of the list of dysfunctional and/or unhappy teams:

When teams are struggling with chronic dysfunction and internal tensions, it usually doesn’t take much time before the blame game starts, often accompanied by gossip of even ugly backstabbing. Unfortunately, as most of us have probably experienced at one time during our careers, these mechanisms tend to drag the entire team into a vicious cycle of negativity, reduced productivity and even avoidance of cooperation. People start to behave as their own individual island, or small bonds between people form against others. You get the drift: a work environment everyone wants to run away from as soon as a way out presents itself. 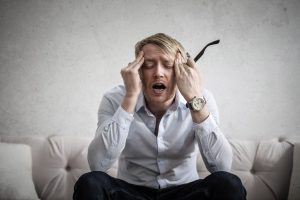 Core to understanding the dynamics in our teams and building thriving ones, is to start looking beyond who is (not) doing what and who is to blame, but to look below the surface where the true operating system of the team as a whole takes place.

A common way of addressing team dysfunction, and obviously recognizing the importance of up-to-date and functional policies and guidelines, is to look at the different reasons that create that dysfunction (lack of communication, interdependence, etc.) and tackle each item through learning what needs to change about it and developing action plan to do so. Although often successful at the surface, the challenge with this approach however, is that it tends to disregard the deeper levels of the team’s modus operandi, and instead offers protocols, guidelines and agreements on how trust can be built, and communication needs to be regulated. Addressing team challenges at a deeper level, however, tackles the dynamics that are at the root of everything, including policy making, organizational culture and change management.

Altering the underlying operating system, starts with knowing and identifying six kinds of mentalities (also referred to as Energy Levels[1]) that each have their own structural impact on the team, and are either undermining or facilitating success in different ways.

The people who always see the bears on the road and the reasons not to do things. They seem to attract problems wherever they go and are mostly working in crisis mode. They are often perceived as people with little passion for anything and have little commitment towards their work.

The people who believe they are always right, fight with many a colleague and come across as authoritarians who think they can do everything better than others. They are the ‘my way or the highway’ thinkers who judge other people easily and create tension and strive within teams.

The people who stimulate teamwork and productivity between team members, facilitate cooperation and believe everything will work out. They are usually great in coming up with action plans and easily work with people from different walks of life.

The people who are always ready to reach out and help others with their work, projects, and problems. They care about the wellbeing of others and usually form deep connections with colleagues and easily engage them to bring out their best.

The people who don’t see problems but see opportunities instead. It’s like they are magnets for new ideas, collaboration, and alliances of which everyone benefits. They often hold a lot of inspirational power.

The people who function as role models, the kind of people that when they walk in, everyone is happy to see. They walk the talk and are wise people who embody leadership in the best and most effective way possible. 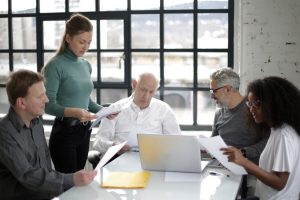 Of course, we all deploy different mentalities and responses in different situations, but looking at the above six, we allow ourselves to identify the core mentality everyone is bringing to our work environment. Doing so, immediately raises questions that need to be asked for the sake of the functioning of the entire team, and the mentalities required for successful performance and organizational growth:

Adopting the methodology that is at the root of the above six core mentalities[2] has another advantage: it allows teams, or entire organizations, to build a common language and lift themselves to higher levels of performance. Rather then ending up in endless discussions and complaints about lack of trust, conflict or who is accountable for what, everyone is ultimately responsible for identifying the mentality they show up with and choose to utilize in any situation. A common language that allows people to create open conversations about what they are bringing to the table as a team, what the general mentality is that their team is embodying, and what is essential to lifting lower levels of motivation into high and enjoyable ones.

It is then that not only leaders are being perceived as the one holding the trait to build successful teams, it is the team itself that is able to shape its performance through a common language that allows it to build a vision of optimal mentalities, energy and engagement. Success is a matter of the mind.

[1] [2] Energy Leadership©, developed by Bruce D. Schneider, founder of iPEC, and based on more than 30 years of research and development.