Valuable Insights for Helpful Leaders Who Want to Be Happy

‘I am so done with all the drama of everyone. We’re trying to run a business here! Is anyone even realizing that?!’ Her voice echoed through the office as she walked out. The tension was palpable, and no one seemed to move. It was the third time this month that Janet, Head of Marketing and Communication at a medium sized company, blew her top. Losing her composure was something she normally never really did, as she was known to be caring, understanding and above all, supportive. Yet for months, the office had been at least half empty due to COVID-19 and business was not going as usual, not at all. Everyone felt the pressure and, clearly, not in the least Janet, who felt an enormous amount of responsibilities weighing down on her shoulders.

That situation took place three minutes before Janet called me and vented her frustration about the decline of business, and the problems she felt he was facing with people in her teams. She felt drained, used up, and lost in a pool of people’s drama. It was also the moment that eventually became a real turning point for Janet.

Obviously, successful business comes from people who know how to do business; leaders who put ideas and vision together and propel it with a plan out into the world effectively. Unfortunately, having a business mind with ingenious ideas doesn’t make you an instant Einstein when it comes to effective leadership of people, and that’s okay. We all learn and grow in the process. And Janet, she did a great job. She was always there for everybody from the get-go.

During the past years, however, business grew fast and more and more employees came on board. With that, Janet’s agenda shifted increasingly towards having to manage people, their professional development and the emotions and characters involved in the process.

Supportive Leaders are an incredible asset to any business as the create motivation and loyalty around them. Different from leaders who are driven by the right/wrong or ‘I win’ (too bad for you) perspective, caregiving leaders use their emotional intelligence to operate from a place of empathy and connection. They are leaders who are considered trustworthy and reliable, and genuinely care about people and problems in the organization. If you’re lucky to have such a leader around you, I’m sure you feel like you’re part of the wolf pack: your struggles are taken serious by someone who cares about how the doing of business is affecting you as a person. Truly caring leaders are masters at engaging employees, inspiring loyalty and a lot of hard work. Janet was one of those leaders.

From Helpful Leader to Kamikaze Manager

But again, as business grew and the caring for people became daily business just as much as business itself, Janet became the kind of leader who’s always working in crisis mode, running around in fight-or-flight mode and saying yes to everyone and everything until the inevitable mental and physical crash. Janet felt an incredible sense of responsibility for everything, and in particular for the wellbeing of others. On top of that, she developed the idea that many things would be quicker, faster and more effective if she would just do them herself. No need to wait for others to do the job (or not) and hoping it will be of the quality she envisioned. They had enough stress of their own. She needed things to be under control, and she thought that’s how she had it. Janet became what I call, a Kamikaze Manager.

Kamikaze Managers are the leaders whose care, empathy, connection and responsibility run so deep it gets in their own way. The genuine concern they feel towards others, leads to getting caught up in the drama of employees and depletes and exhausts energy to the extent of possible burnout. Their personal and professional boundaries are overstepped again and again and again (you can read more about that here).

Back To Your Roots

Janet burned out twice during her career, and she knew that if she wouldn’t find a way to turn this Kamikaze management around, no doubt number three would be waiting around the corner. But where to start in all of this? One thing she did know more than anything: she knew that as a leader, she ultimately held ownership of how employees, teams and the organization showed up and performed. Whatever was being created under her leadership, whatever she stimulated, allowed and encouraged people to display, was hers to account for. That was, after all, the reason she kept running for everyone and everything all the time. 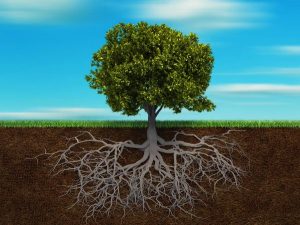 When digging a little deeper into the roots of Kamikaze management, I often find that it originates from where it all begins: childhood. Kamikaze Managers have at one point in their lives learned that they are ultimately responsible for keeping the peace and harmony, taking care of others and keeping them safe, and haven’t really learned how to recognize and honor their own boundaries because the lives and wellbeing of others came before their own. Their belief system is literally telling them: if I am flexible, supportive, have no boundaries and I am there for everyone, everything will be ALRIGHT.

What is beyond that belief system however, is a multitude of deeply rooted desires: to feel connected and to belong, the be liked and loved, to be worthy, to find acceptance among others and to be simply good enough. And we unconsciously believe that if we just keep on giving, keep on shepherding those we feel responsible for, all our desires will manifest itself eventually. Consequences? Stress, no work-life balance, a permanent sense of overwhelm, a lack of self-care and self-love, and a relationship with, or symptoms of, burnout.

That day, Janet realized during our conversation, that her Kamikaze management had created two major problems. The first one was a big one: her constant care and ‘how can I help’ attitude towards her employees, had taken ownership out of their hands. Independent thinking, positivity, initiative and healthy performance had all become increasingly dependent on her support, rather than people growing and learning into more effective professionals through trial and error; a damaging codependency relationship. The second thing she realized, is that her feelings of being at the effect of everything happening to her and within the organization, had everything to do with her not taking ownership of her own boundaries, and that because of that, they were not being honored and respected. Not by herself and not by anyone else. And with those tough but honest realizations, Janet was ready to own the process of change.(Download the Free Ideal Boundaries Tool Here, to quickly redefine your boundaries at any moment, in any situation, on the spot)

No one can set the perimeters of our boundaries, as much as we would love to believe that they could. The kind of boundaries you set as a leader facilitate, hinder, block, complicate, create and manifest success on all levels of leadership. The flourishing and performance of an organization depend on you and the healthy boundaries you set as a Conscious Leader. A leader who knows that as long as the care you take of people is facilitating the process of professional employee development and organizational growth, that care is in the right place. But when helpful leaders hug success to death, it is time to shift gears and create boundaries that truly facilitate happiness and success. 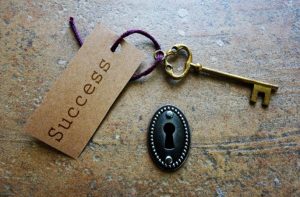